Hemp protein is a great, highly nutritious addition to smoothies, protein shakes and mueslis. It can also be used as an ingredient in baked goods, as a base for meat substitutes, or as an alternative to soy and milk protein. We are huge fans of hemp as a vegan protein source. Besides being environmentally friendlier than protein derived from animals, it brings several health benefits and is a great addition to the kitchen. If you are interested in seeing how to incorporate hemp protein into your diet, check out our recipe for a vegan protein shake.

Hemp protein, or hemp flour, is obtained from the seeds of the hemp plant. As a vegan protein source with a nutty, slightly earthy taste, it is ideal for athletes for natural muscle building. But also for all other people who take care of their natural protein and vitamin balance and want to do something good for their body. Hemp protein has a high bioavailability and contains a wealth of nutrients essential for humans.

The fine hemp protein is a by-product of hemp oil production. In this process, the oil is pressed from the seeds of the hemp plant and, incidentally, a press cake is produced from the dry remains of the seeds. This residue is finally further processed, ground and sieved, and in the end the hemp protein powder remains.

Hemp protein consists of up to 50% protein and contains all the amino acids that are important for the body. Amino acids are the basic building blocks for proteins and are therefore fundamental for our body. Besides the ability to build muscles, they can also form organs, skin and hair. Enzymes also consist of amino acids, which in turn are needed for all biochemical processes.

Approximately 65% of the protein contained in hemp consists of the natural, easily digestible protein edestin, a so-called storage protein, which is only found in hemp seeds. The name storage protein comes from the fact that edestin can store nutrients for muscle growth. That is why hemp protein is very popular among bodybuilders. The remaining 35% is albumin, a high-quality protein whose structure is similar to that of the protein of a chicken egg. About 50% of the protein content in blood plasma consists of albumin. It is also considered a transport protein for e.g. magnesium and calcium.

The amino acids contained in hemp protein include branched-chain amino acids, which are also very important for muscle building. These so-called BCAAs (Branched Chain Amino Acids) are valine, leucine and isoleucine. They are classified as essential amino acids, which means that our body cannot produce them itself. Instead, it relies on us to supply them with our food. In addition to building muscle, BCAAs also help with rapid regeneration after exercise, which is another reason why hemp protein is very interesting for athletes.

Due to a high proportion of the amino acid L-arginine, hemp protein is said to have blood pressure-lowering and potency-promoting properties. L-arginine consequently supports not only our blood pressure, but also our circulatory system.

Since the protein composition of hemp protein is very similar to that of the human body, it is said to have a high value or high bioavailability. This means that the proteins can be very well absorbed by the human body and ultimately converted into the body's own proteins. This also implies that fewer waste products need to be metabolized. Compared to the consumption of other protein sources, kidney and liver, among others, are less stressed.

Vitamins, minerals and trace elements like vitamin E, magnesium, iron, zinc and potassium are found in hemp protein. Furthermore, it is rich in omega-3 and omega-6 fatty acids. These are in an ideal ratio of 1:3 to each other, resulting in anti-inflammatory properties. The fiber in hemp protein aids digestion and the chlorophyll it contains helps with detoxification and can help combat skin problems. Hemp protein contains up to 700 mg of magnesium per 100 g, an impressive amount of the vital mineral. An adequate magnesium supply can counteract the following diseases: Diabetes, cardiovascular disease and migraine.

Hemp protein also performs very well when compared to other, conventional protein sources. Whey protein, aka "whey", also has a high biological value and is thus quickly and effectively absorbed by the body. Aside from the fact that whey is not suitable for people who eat a purely plant-based diet, it also comes with some other disadvantages: It can promote fatigue and digestive problems, due to the frequent lack of fiber. For this reason, there is also a risk of intestinal toxicity when consuming whey. This can cause the protein to remain in the digestive system for too long and result in the opposite effect of taking protein powders: muscle breakdown, as the body is no longer able to continue muscle metabolism.

Several studies have proven that acne can be favored by the intake of whey. In recent years, the reputation of animal proteins has continued to deteriorate and they are directly linked to increased blood pressure and a higher risk of type II diabetes.

The comparison with other vegetable protein sources also allows hemp protein to shine. Many essential amino acids are present in the vegan rice-based protein source, but not all of them as they are in hemp protein. Soy protein also has a high vitamin and mineral content, but can promote allergies and cross-allergies. In addition, the essential amino acid methionine, which is important for e.g. bone formation, is only present in small quantities. Although soy has a higher protein content than hemp flour, it also contains so-called trypsin inhibitors. Trypsin is a very important digestive enzyme that breaks down large protein compounds into smaller parts: it digests proteins. The trypsin inhibitors ("inhibitor" Latin for "prevent") now prevent this important step in protein digestion. 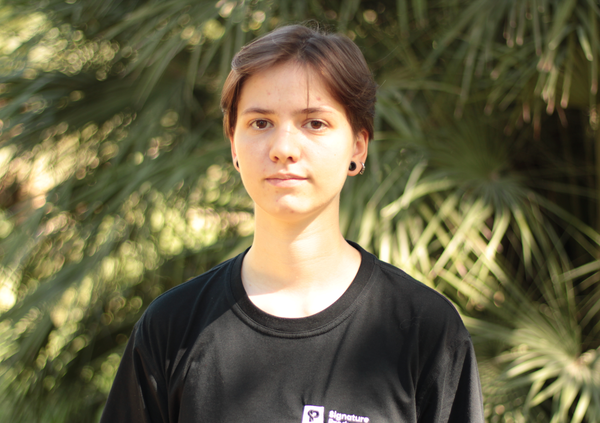