Contrary to what many assume, the main consumer groups for meat, fish and dairy alternatives are neither vegans nor vegetarians. When marketing their products, companies are increasingly focusing on the preferences of the so-called flexitarians.

In the future, flexitarians will play a decisive role in helping to shape the European market for plant-based foods and meat alternatives. Learn in this article how the rise of flexitarianism is changing the entire structure of grocery markets around the world.

It is no longer a secret: Many large companies have already recognized that flexitarianism is going mainstream. The word "flexitarian" is a combination of "flexible" and "vegetarian". It is a less strict diet than vegetarianism and veganism as it doesn't entirely exclude meat or dairy products from daily diet. Flexitarianism promotes a rather plant-based diet, but doesn't require you to give up meat entirely. However, it does promote the inclusion of a larger amount of vegetables, fruits, whole grains, and plant-based proteins into one's diet.

Flexitarians tend to eat a mostly plant-based diet, but occasionally add meat and dairy products to their meals. They tend to eat a balanced diet with mostly fresh produce and aim to reduce the portion sizes of meat and milk in their daily meals. With plant-based products becoming more accessible, affordable, and diverse, it's no surprise that these types of consumers are growing rapidly.

The term "flexitarian" was coined about a decade ago by registered dietitian Dawn Jackson Blatner, who published the book The Flexitarian Diet: The Mostly Vegetarian Way to Lose Weight, Be Healthier, Prevent Disease and Add Years to Your Life. At that time, plant-based diets were slowly beginning to emerge as a significant consumer sector in a manner completely unprecedented in the market. However, hardly anyone could have foreseen back in the day that this trend would explode the way it did in the past couple years.

A global trend we need to take seriously

Why should companies target flexitarians? There is now a large collection of statistical facts available from which interesting conclusions can be drawn about flexitarians: Even though on average, vegans and vegetarians make up the largest proportion of consumers of plant-based meat and milk alternatives, it is still the flexitarians who consume the largest share due to their larger overall number.

Numerous other surveys also generally underline the growing popularity of plant-based products worldwide. For example, a Europe-wide survey conducted by ProVeg found that 40 percent of EU consumers today identify as either flexitarian, vegetarian, pescetarian or vegan. This means that more than a third of all Europeans no longer see themselves primarily as consumers of products of animal origin.

Approximately 75 percent of all Germans stated that they had already tried a plant-based alternative product. Due to the popularity of this product category on German food and beverage shelves, Germany has also taken a leading position in Europe with the number of newly launched vegan foods in recent years.

Why more and more consumers are becoming flexitarians

There are several reasons why an increasing number of consumers identify as flexitarians. To specifically address this question, a study conducted by ProVeg questioned flexitarians in 11 European countries on the most important factors when choosing a plant-based food product. The results revealed that taste and health are the most important purchasing factors for most of them.

According to studies conducted by BayWa, there are various reasons why flexitarians are open to discovering new food categories in the plant-based market that suit their particular needs. The "change makers", for example, do not want to feel remorse when they bite into a burger and are increasingly evaluating plant-based substitute products from the point of view of sustainability. They want to have the feeling that they are making a contribution to the creation of a healthy world - beyond environmental concerns.

The "Healthineers" have a strong health awareness and rely on a balanced diet with optimal protein intake, while the "Happymakers" focus more on the good taste of their food, which should make them happy and satisfied. Another type of flexitarian, the "explorer", strives not to miss trends and is thus open to new plant-based product offerings.

How to appeal to flexitarian consumers with plant-based products

As a growing number of consumers around the world are actively reducing their meat consumption, both smaller brands and large food groups will continue to diversify their range of plant-based products in the future. In order to meet the high demands and habits of this large consumer group of flexitarians, they are already trying to promote a range of innovations in the direction of sustainability and transparency with their products.

More than ever before, flexitarians are scrutinizing the ingredients and manufacturing processes of all the products on the grocery shelves.

Marketing plays a key role in consumer acceptance. It is therefore crucial for companies to be aware of this growing industry trend - especially if they are looking to secure a market advantage over the competition in the face of the growing supply. If they develop appropriate strategies for their implementation, they can decisively maximize the attractiveness of their products to consumers.

Flexitarians are largely open to new plant-based product launches that meet their individual needs and beliefs. Healthy ingredients, seasonality, organic quality, regionality as well as a transparent supply chain play a central role in their purchasing decision. Kerry, one of the world's largest flavor and nutrition companies, concluded in a 2021 study that almost half of all consumers worldwide already take sustainability seriously during their shopping trips and are also becoming increasingly aware of their ecological and social responsibility.

The creation of transparent, regional value chains will become essential in the future, especially as the consumption of imported foods is increasingly being avoided by flexiarians. Offering locally produced foods not only increases the credibility of a company, but also reduces the CO2 emissions caused by ships and overland carriers. In fact, Innova Market Insights named transparency in the supply chain as the number one trend among consumers in 2021 (by the way: the top trend of 2020 was “Storytelling: Winning with Words”).

Create a feeling of comfort

Flexitarians are looking for comfort and convenience, therefore it's a good idea to promote innovative products along with simple recipe ideas or serving suggestions to save them long web searches. They also mostly prefer traditional products because they feel more familiar with them. For this reason, the evocation of familiarity is also a top priority when introducing new, plant-based foods. Products that emphasize traditional values ​​and offer similar portion sizes, preparation methods etc. to their conventional alternatives therefore have a greater chance of being noticed on the grocery shelves.

Nowadays, and much more than ever, successful entrepreneurship is based on sustainability and social justice. When flexitarians make a purchasing decision, the first key aspects, such as the quality of the food itself, become blurred with other, more far-reaching ideals, such as sustainable, plastic-free packaging - yes, consumers pay close attention to that, too! The list of ingredients is also being questioned more and more critically, which is why it is advisable to keep it as short as possible and to use the most natural, multifunctional ingredients possible without any synthetic additives.

For 52 percent of consumers, taste is the most important attribute of plant-based foods and, along with the price, is a key factor in deciding whether to buy again. Delicious plant-based alternatives with a succulent, savory taste and pleasant texture can thus pave the way to a successful product launch. A high protein content is also a key trend that plays an important role in purchasing decision-making throughout the entire food industry. Advertising high protein content directly on the front of the package can therefore prove to be extremely effective nowadays.

"Plant-Based" instead of "Vegan"

To reach flexitarian consumers, it is better to advertise the product as "plant-based" than to emphasize that it's vegan or vegetarian. According to Innovative Market Insights, terms like "vegan" and "vegetarian" tend to pigeonhole a consumer, while the term "plant-based" seems more appealing to a broader consumer audience. Generally, it can be observed that flexitarians, who want to add more variety to their diet, feel much more attracted to it.

So, in summary, the following can be stated: Flexitarians represent the largest target segment in plant-based food retailing. In the future companies should therefore increasingly focus on making their products more accessible to this consumer group, both in marketing and in product development, by actively responding to their ideals and flexible dietary patterns. 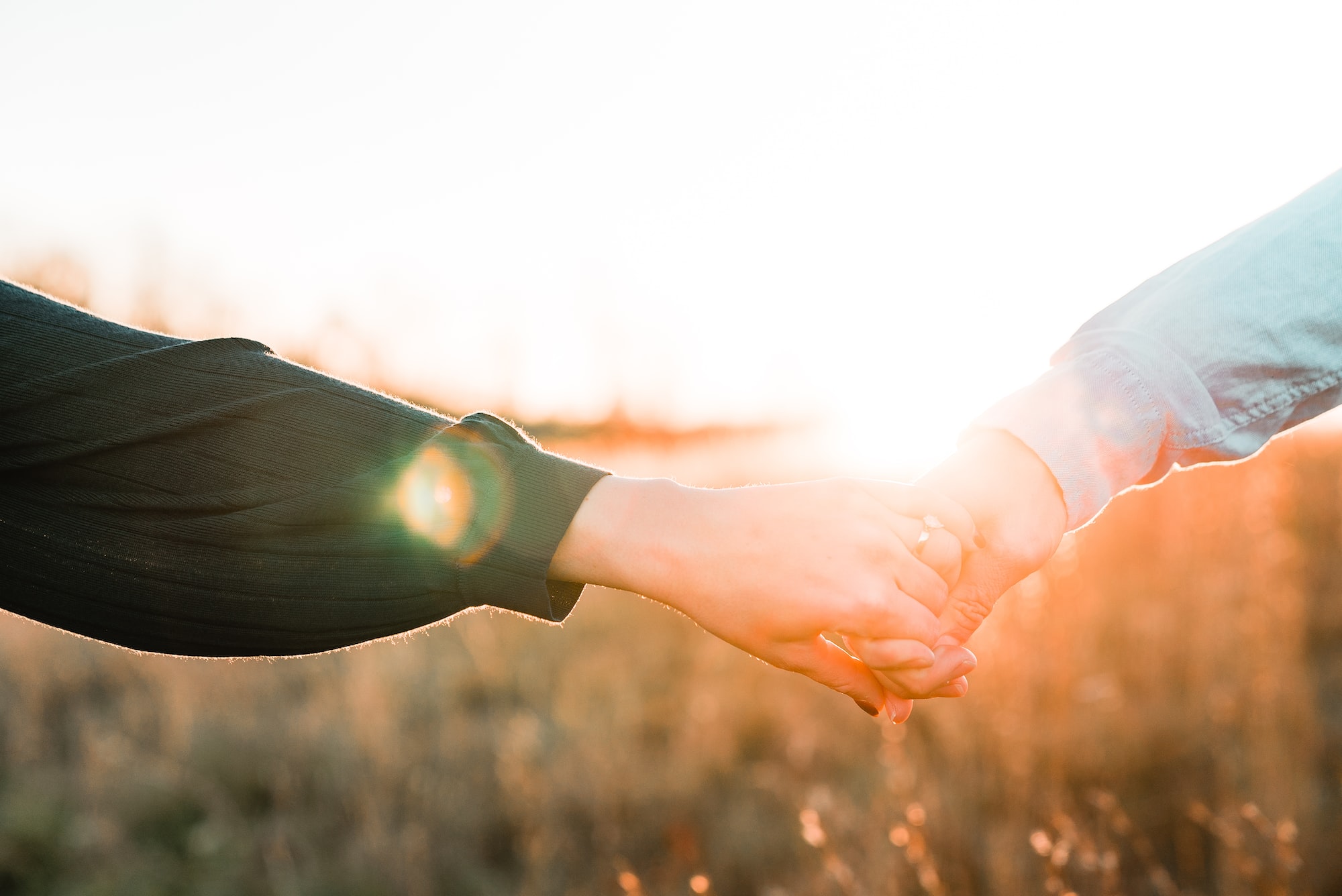 Hemp can make a decisive contribution to achieving a large number of goals set by the European Green Deal initiative.